According to unitarian Christian Andrews Norton (1786 - 1853), a long time professor at Harvard University and author of several books including the classic A Statement of Reasons for not Believing the Doctrines of Trinitarians concerning the Nature of God and the Person of Christ, what has happened to Christianity since its revelation by God through Jesus and his Apostles is a “monstrous phenomenon.” He explains,

. . . the fundamental truths of religion taught by Christianity became very early connected with human speculations, to which the same importance was gradually attached . . . These speculations spread out and consolidated into systems of theology, presenting aspects equally hostile to reason and to our faith; so hostile, that, for many centuries, a true Christian in belief and heart, earnest to communicate to others the blessings of his faith, would have experienced, anywhere in Christendom, a fate similar to that which his Master suffered among the Jews. . . this [is a] monstrous phenomenon. The false representations of Christianity that have come down to us from less enlightened times have ceased to retain their power over far the larger portion of those individuals who form, for good or evil, the character of the age in which they live. But the reaction of the human intellect and heart against their imposition has as yet had but little tendency to procure the reception of more correct notions of Christianity. On the contrary, the inveterate and enormous errors that have prevailed have so perverted men’s conceptions, have so obscured and perplexed the whole subject, have so stood in the way of all correct knowledge of facts and all just reasoning—there are so few works in Christian theology not at least colored and tainted by them, and they still present such obstacles at every step to a rational investigation of the truth—that the degree of learning, reflection, judgment, freedom from worldly influences, and independence of thought necessary to ascertain for one’s self the true character of Christianity is to be expected from but few. The greater number, consequently, confound the systems that have been substituted for it with Christianity itself and receive them in its stead, or, in rejecting them, reject our faith. The tendency of the age is to the latter result. (A Discourse on The Latest Form of Infidelity, 1839)

In short, the very sad truth is that “Christendom has done away with Christianity without being quite aware of it,” as the Danish theologian and philosopher Søren Kierkegaard (1813 - 1855) wrote—-quite more truly than he knew. 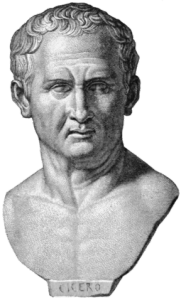 Here are some selections from On the Nature of the Gods penned in 45 BC by the Roman statesman and philosopher Marcus Tullius Cicero. In the excerpts Cicerco presents the Teleological Argument, or the Argument from Design, for the existence of God. The selections come from Book II, chapters XXXVII, XLIV, and XLVII.

Who would not deny the name of human being to a man who, on seeing the regular motions of the heaven and the fixed order of the stars and the accurate interconnexion and interrelation of all things, can deny that these things possess any rational design, and can maintain that phenomena, the wisdom of whose ordering transcends the capacity of our wisdom to understand it, take place by chance? END_OF_DOCUMENT_TOKEN_TO_BE_REPLACED

The doctrine of original sin says that as a result of Adam’s sin all of Adam’s posterity besides Jesus are born with a “sinful nature,” whereby they are physically unable to do anything but sin; they cannot do good. For example, the Catechism of the Catholic Church states, “By yielding to the tempter, Adam and Eve committed a personal sin, but this sin affected the human nature that they would then transmit in a fallen state.”

Calvinist and other Reformed churches add to this a second element, namely, all of Adam’s posterity besides Jesus are from the moment of Adam’s sin-so even before they are born-regarded by God as guilty of Adam’s sin. Not only is Adam guilty for the sin, in other words, but everyone is deemed by God to be guilty of the sin. Thus, the Westminster Confession of Faith states, “They [Adam and Eve, "our first parents"] being the root of all mankind, the guilt of this sin was imputed; and the same death in sin, and corrupted nature, conveyed to all their posterity descending from them by ordinary generation.”

Is any of this true? Well, what’s the evidence? Does revelation teach it? Does philosophical reasoning teach it? END_OF_DOCUMENT_TOKEN_TO_BE_REPLACED

Below is a letter written by Thomas Jefferson to John Adams toward the end of their lives (remarkably they died on the same day-Independence Day July 4, 1826-within five hours of each other). In the letter, Jefferson 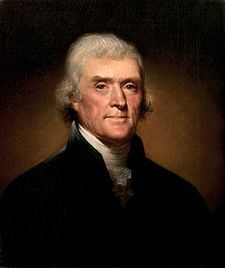 reveals his religious sentiments, pulling no punches about his revulsion to Calvinism and the trinitarian dogma (he calls it “tritheism”). In the course of the letter, he also endorses the teleological argument, or argument from design, making a rather eloquent presentation of the argument. Agree or disagree with the views he expresses (I disagree with his denial of the virgin birth of Jesus), the letter is a fascinating piece by any account. What strikes me most is the vehemence of his denunciation of Calvinism and that simply a mere mention of Calvin’s name from Adams (in his previous letter to Jefferson), and not even in a theological context,  was enough to set Jefferson off into such a denunciation. Adams had only quoted Calvin’s exclamation to God during his infirmity late in life as a fitting expression of Adams own feeling toward the infirmity that beset him at the time he wrote the letter to Jefferson. END_OF_DOCUMENT_TOKEN_TO_BE_REPLACED 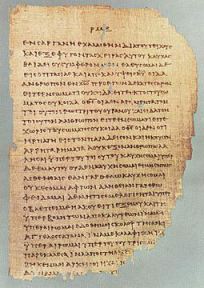 Here’s another selection from James Harris Fairchild’s. In this selection Harris briefly presents the argument for the existence of God and the truth of the Christian revelation from the spread of early Christianity. In sum, “The great fact that Christianity starting from Judea spread over all the Western world and changed the whole tide of history requires as an explanation such events as those which the Gospels record.”

When we come to contemporary historians we find comparatively little light upon Jesus and the apostles. Suetonius, Tacitus, and Pliny the younger in the latter half the first century and the first of the second briefly refer to the Christians as a “mischievous sect.” Suetonius speaks of them as punished by Nero. END_OF_DOCUMENT_TOKEN_TO_BE_REPLACED 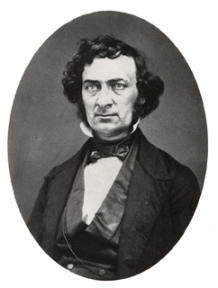 This is a selection that I’ve adapted from James Harris Fairchild’s. In the selection Fairchild presents an argument for the existence of God and the truth of the Christian revelation that one does not see presented anymore, which is a shame because it’s a powerful argument. It is a kind of teleological argument from the Jesus of the Gospels. Just as the universe in general plainly evidences its design and creation by a transcendent being (God), so the person of Jesus presented in the Gospels plainly evidences divine origin. He is no “mere man” and no literary invention.

Chief interest gathers about the question of the historical reality of Jesus Christ. Did such a being appear upon this earth and pursue essentially the career which the Gospels ascribe to him, which would be proof of course of the existence of God and the truth of Christianity? We must answer this question affirmatively for the following reasons: END_OF_DOCUMENT_TOKEN_TO_BE_REPLACED