This is a selection that I’ve adapted from James Harris Fairchild’s Elements Of Theology, Natural And Revealed

(1892). In the selection Fairchild presents an argument for the existence of God and the truth of the Christian revelation that one does not see presented anymore, which is a shame because it’s a powerful argument. It is a kind of teleological argument from the Jesus of the Gospels. Just as the universe in general plainly evidences its design and creation by a transcendent being (God), so the person of Jesus presented in the Gospels plainly evidences divine origin. He is no “mere man” and no literary invention.

Chief interest gathers about the question of the historical reality of Jesus Christ. Did such a being appear upon this earth and pursue essentially the career which the Gospels ascribe to him, which would be proof of course of the existence of God and the truth of Christianity? We must answer this question affirmatively for the following reasons:

1. The character of Jesus Christ is not a human invention. The reality alone can account for the presentation. It was too elevated to be even comprehended by his disciples who walked with him. The character has stood for ages a mark for criticism with every motive on the part of men to disparage and vilify it yet it has never been successfully challenged. The modern attempts to depreciate it are all based upon the assumption that we must allow nothing supernatural in the person and origin of Jesus. This is a baseless assumption utterly at war with the true spirit of inquiry. The character as it stands vindicates itself and Christians and unbelievers alike have through all the ages acknowledged its perfection. We can see the beauty when placed before us; we could not originate or carry out the conception. The absolute purity of motive, the absence of the least semblance of self exaltation, the calm dignity of his bearing never marred by a hasty or ill considered word or look, this dignity and simplicity maintained in all emergencies, his marvelous power never used for display or for any private end, his deeds always appropriate to his position and claims, his words so fit and profound and weighty, his divine meekness and gentleness coupled with a majestic weight and firmness of character-all these we can see are just as they should have been—and then his death to human estimation so shameful and forbidding but majestic and glorious in the outcome, the whole scene sustained and carried through with absolutely perfect consistency and propriety: what human thought could invent such a character and career?

2. The utterances of Jesus are just as impossible as a human invention as his character and life. No one could devise them without such wisdom and spiritual insight as characterized him. They impressed men at the time. All bare him witness and wondered at the gracious words which proceeded out of his mouth. They were astonished at his doctrine for he taught them as one having authority and not as the scribes. Never man spoke like this man. The words of Jesus have been the delight and the surprise and inspiration of all ages. What impostor or enthusiast uttered them? For if there was no real Jesus some man produced these sermons and parables and all the utterances which contain the very substance and essence of spiritual truth. Who invented the sermon on the mount or the parable of the prodigal son or the Lord’s prayer or the discourse of Jesus with his disciples at the supper or his last prayer? The men did not live and have never lived that could give us these treasures. They are not an invention. 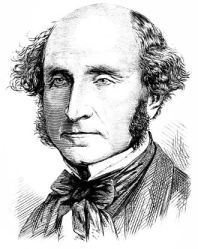 John Stuart Mill, never suspected of any bias for Christianity, in his Essays on Religion writes as follows: “It is of no use to say that Christ as exhibited in the Gospels is not historical and that we know not how much of what is admirable has been superadded by the tradition of his followers. The tradition of followers suffices to insert any number of marvels and may have inserted all the miracles reputed to have been wrought by Christ [we would dispute this claim]; but who among his disciples or among their proselytes were capable of inventing the sayings ascribed to Jesus or imagining the life and character revealed in the Gospels? It certainly was not the fishermen of Galilee, as certainly not St. Paul whose character and idiosyncrasies are of a totally different sort. Still less the early Christian writers in whom nothing is more evident than that all the good which was in them was derived as they always professed from a higher source.”

3. Still further when we contemplate the doctrines of the New Testament, its ethical and religious teachings, we find them too exalted for human invention. Regard them as proceeding from a being as exalted and perfect as Jesus and they are explained. Any other explanation fails. Where were the men to devise such a system of truth of religion and morality placed in exact adjustment to each other and in their true dependence giving us a morality for all time touching the very foundation principles of righteousness never mistaking the formal or technical for the real and a religion simple, wholesome, reasonable, and natural placing God upon the throne of the universe, infinite in power, wisdom, and goodness, an infinite Father, and making religious duty to consist in a hearty obedience to his commands without a trace of formalism or asceticism? All this is reasonable and commends itself to the human understanding when it is presented. But whence came the discernment to apprehend and present these truths? The great principles of righteousness are within the reach of the human understanding and they have been stated at times with more or less of success. But the multiform applications of these in practical duty and life without failure or aberration: whence came all this? There was no civilization or system of philosophy from which it could spring. There were no men who could devise and present it. It was not an invention but it came to us with the great teacher Jesus Christ. Here was its historical origin and there is no other possible explanation. The morality and religion of the Old Testament Scriptures present similar characteristics and claims.